At 6:30 AM my travel alarm showed 53 degrees. And it felt even chillier. The resort provides a heavy layer of blankets, and comfy slippers for the cold tile floor in the bathroom, but my head was cold; I need a hat. I peered out the front door to investigate my water heater pilot light, and a resort employee with a lighter appeared like magic. I was back in business, but could only manage a hair wash in the frigid bathroom. The rest will have to wait.

Breakfast was a plate of fried noodles with a few bits of egg, meat, and vegetable — and all the optional chillies you can handle. Kasma’s husband Michael shared a few leaves of Northern Thai green tea which brewed up tasty and not too intense. We were ready for an adventure.

We arrived in the nearby Hmong village of Mae Sa Mai around 9:00 AM as school children in colorful outfits filed into their classrooms. We met Kasma’s goddaughter and headed up to her father’s home for a strong dose of village hospitality. We started with an intensely flavorful chicken soup eaten from communal bowls (shared across the table between two diners). A little while later, a shaman performed a ritual on each of us, using a length of string to draw out the negative and bring in the positive, and then tying the spirit string around our wrists (right wrist for women, left wrist for men) for good luck. We then drank a shot of a home-made spirits distilled from fermented lychee juice. It was good, good enough to have a second. I also tried a spirit from fermented rice husks which seemed to have a hint of coconut or pandanus scent. Throughout, I kept at the chicken soup, sipping broth and nibbling the meat off the bones. Eventually, after learning about various family and village affairs, it was time to go shopping from tables in front of the family house. I could not get out of the building without taking yet another shot of lychee spirit. Gentlemen, please, it’s barely 10:00!

Many of the items for sale were locally made; some were picked up in Chiang Mai. I bought two bedspreads featuring stylized village scenes and a small fabric coin purse, which will replace the worn plastic bag I’ve been using for my Thai currency. After shopping, we walked around the village for about an hour, stopping to visit people working on their new New Year’s clothing (Hmong New Year will be the beginning of the next lunar cycle). We visited some pig pens, photographed people cleaning carrots, and generally behaved like tourists. We returned to have more chicken soup and a box lunch of basil chicken on rice with a fried egg. And to do a bit more shopping. 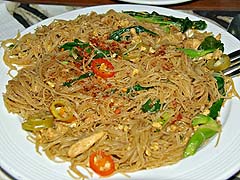 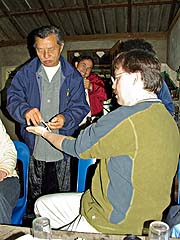 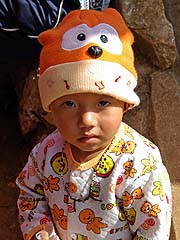 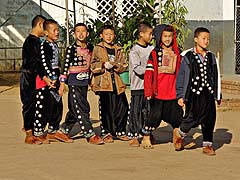 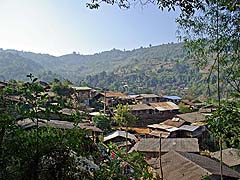 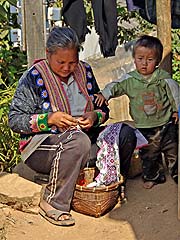 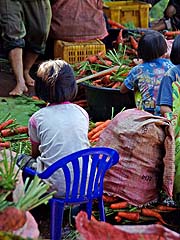 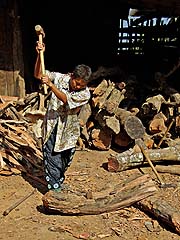 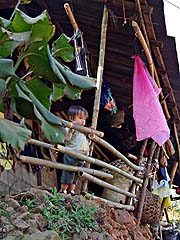 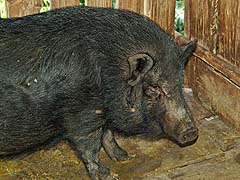 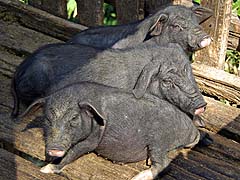 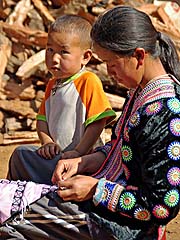 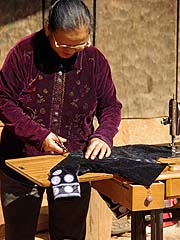 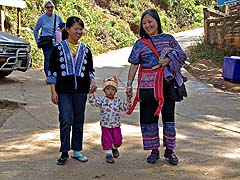 On our way back to the resort, we stopped at the Mae Sa Mai Royal Project Development Center, a series of gardens and greenhouses where temperate plant varieties are tested for their potential use in Thailand. Some of these crops are foods, such as heirloom tomatoes, purple bell peppers, table grapes, and figs, while others are decorative, including flowers. By this time the sun had reached full force and we were happy to crank up the air conditioning in the van. (Not counting the group members who chose to walk 7 kilometers back to the resort. What were they thinking?) 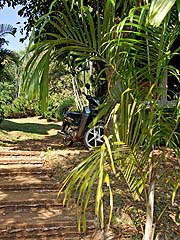 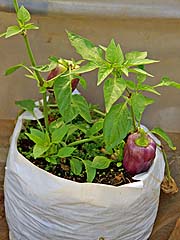 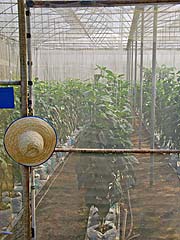 Upon my return, I worked on possible songs for our evening performance. Kasma had informed us upon leaving Sukhothai that girls from the Hmong village would be singing and dancing for us, and that we should prepare ten songs of our own. I scratched out the lyrics to Under the Boardwalk, My Girl, and Shout, and entered them in PowerPoint (color-coding the different parts). We were supposed to meet at 6:00 for a rehearsal, and while I was wandering the grounds for inspiration, I saw one of our drivers beckoning. This time, it was fried chicken (wings and something internal, maybe livers?) and more Hong Thong. I tried to avoid becoming too full and/or too drunk. I would need to be reasonably coherent to assist in what looked to be the proverbial herding of cats.

Our “rehearsal” finally got started around 6:25. The group had plenty of ideas; we were ready for dinner and willing to improvise at showtime. The resort laid out a buffet in the garden. A smoked eggplant salad with diminutive pieces of shrimp was lightly dressed, and provided relief from the spicier crispy fish curry and a shrimp dip with vegetables. A good masaman beef curry and chayote greens filled my plate. For dessert there were fried bananas and plenty of hot tea. I wasn’t as hungry as usual; perhaps it was nerves, perhaps the fried chicken.

Our entertainment began around 8:00, with an adjacent table of travelers from Singapore looking on. First up were a grandfather and grandson playing a traditional Hmong wind instrument, and performing various dance steps. This was difficult to understand without narration; more research will be needed. Following this duo six young ladies from the village, dressed in traditional costumes, performed two dances and then began the exchange of songs. We responded with a few numbers, and then invited them into our circle to dance the Hokey Pokey. After this, they sang their “goodbye” song and we all posed for photos. Fireworks sent showers of sparks 15 feet into the air while we lit sparklers from a bonfire. 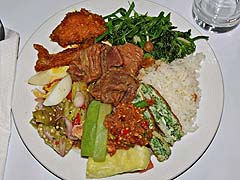 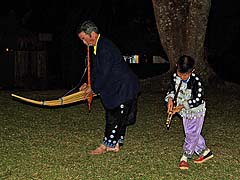 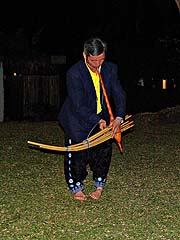 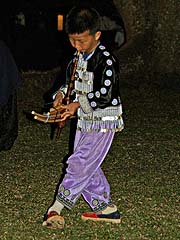 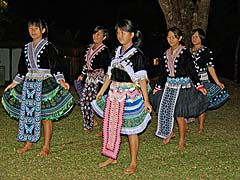 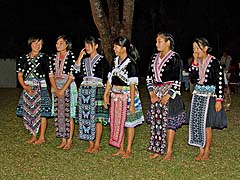 As ash rained down on us, we received our orientation for the next several days. More weaving villages, more cold cabins in beautiful remote valleys, and more delicious Thai food. As long as we get some warm hats, we should survive just fine.